Makis Mpaklatzis is a founding partner at olipoli NGO - Community of Music & Research. He is a lecturer at the Department of Music Studies of the University of Ioannina, in the subject Violin, and coordinates ensembles specializing in Greek musical traditions.

He has worked in Primary, Secondary and Tertiary Education as a musician and has led music seminars in Greece, France, Switzerland and Belgium. He is an active musician in the field of Greek traditional and contemporary music, as well as the world music scene, and is a member of Bratimia Orchestra, Rosal Trio, Gmbt (duet with Stamatis Pasopoulos), Loxandra, and Contrabando Ensembles. Along with playing and teaching the violin, he is professionally involved in folk singing (concerts, recordings, music groups). He has participated as a soloist in numerous concerts and festivals in Greece and abroad. Opera de Rennes (France), Theater Regional De Constantine (Algeria), Podium Mozaiek and Stadsschouwburg (Première) (The Netherlands), De Centrale Gent (Belgium), Thessaloniki Concert Hall (Greece), Kulturmarkt, and Mediterranean Music Festival (Switzerland), Festival del Mediterraneo a Perugia (Italy), are some of the venues and festivals he has participated in. 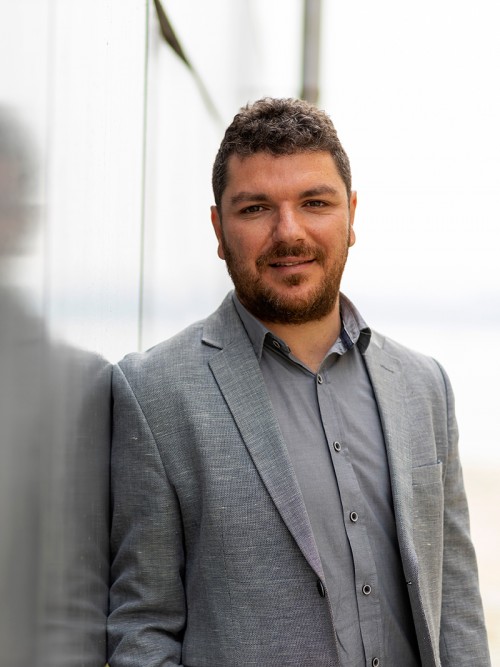