Andriana Achitzanova Petala is a founding partner at olipoli NGO - Community of Music & Research. She is an active musician in the field of Greek traditional and contemporary music, as well as the world music scene, playing the Ney and singing.

Her involvement with music began with classical studies at the Piano School of the State Conservatory of Thessaloniki. She studied at the School of Music Studies of the University of Ioannina and completed postgraduate studies in Music Performance, with a specialization in the Ney, at the University of Fine Arts in Rotterdam. Currently, she is studying at the School of Byzantine Music of the State Conservatory of Thessaloniki.

She has collaborated with various music groups and musicians in Greece and abroad, and has participated as a soloist, but also in collaboration with other artists, in international festivals (Cosmopolis Festival, Literature Festival, Muziek Festival Amsterdam, FEX - Festival of Oriental Music etc.), music stages, theaters and cultural organizations (Kunstmuseum Den Haag, Muziektheater De Ont. Rozenburg, Alevitisch Cultureel Centrum Harlem, Maas Theater En Dans, Thessaloniki Concert Hall, etc.). At the same time, she participates in record productions. She is a founding member of the music project Mordana that will soon release their first album entitled Roots // Roots.

As for her educational activity, she teaches the Ney in conservatories and clubs while at the same time she organizes and implements seminars in Greece and abroad. Since 2019, she is in charge of the Eastern Tropical Music Workshop and Terpsis Orchestra, both based in Thessaloniki. 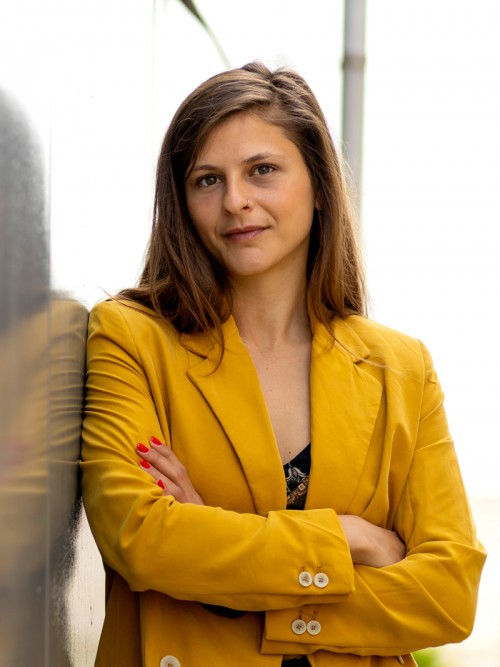