Elena Moudiri Chasiotou is a founding partner at olipoli NGO - Community of Music & Research. She is a musician in the field of world music.

She studied at the School of Drama (Faculty of Fine Arts) of the Aristotle University of Thessaloniki, having specialized in Acting and Directing.

She collaborates with the municipal regional theater of Veria, where she teaches the course Theatrical Song to children and adults. She conducts the women’s choir Dafnes of the Metropolis of Derkoi in Istanbul, as well as the vocal ensemble Nefes that is based in Thessaloniki. She has given singing seminars on the repertoire of Eastern Mediterranean music traditions, in Greece, Cyprus and Turkey. She is one of the founding members of the Istanbul-based music group Sinafi Trio, and frequently collaborates with the Tanzimat project and Dü-Şems Ensemble.

Sismanoglio Megaro of the Consulate General of Greece in Istanbul (Turkey), Ericheta festival (Italy), Alaca Imaret Mosque, Yeni Mosque, and the Balkan Music Festival in Thessaloniki (Greece), Veria Arts Centre & Congress Hall (Greece), Music Village (International Music Community in Greece), the ARTos Foundation and Fengaros Music Festival (Cyprus), are some of the festivals and concert venues she participated in as a musician. 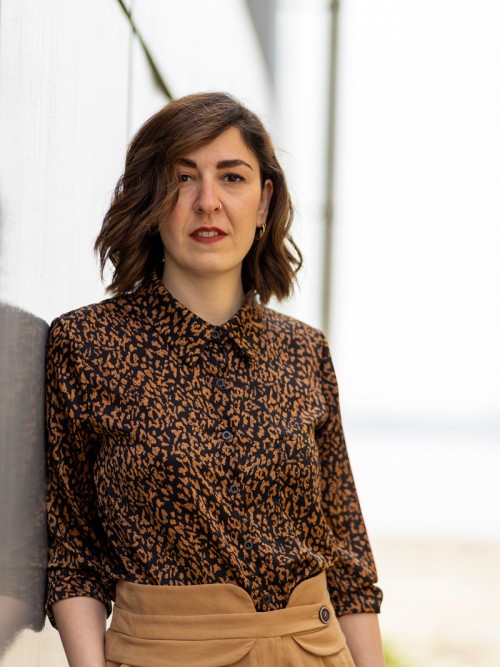